No more car accidents since April, touch wood, but it’s been non-stop on-the-go here at my end. Every time I’ve announced a ‘final’ copyedit on Twitter — lol — there’s been one more, and then just another small one …

So where am I at with my writing life?

Since I returned from the Katharine Susannah Prichard Centre Fellowship Program at the end of June, I’ve undergone an intensive copyedit, mostly via phone with my amazing publisher, turning it around in under two weeks. That edit included many new paragraphs, as well as a radical restructuring of the last third, splicing together chapters to build pace.

Then The Secrets at Ocean’s Edge (I love I can be non-secretive about its title now) was sent to in-house readers who came back with comments of their own. A day with head to desk, and that was in. And I have proof pages! It is being bound as we speak, but going through the stack of 416 (!!) pages I can see that this proofread is more like a copyedit. As you can see in the photo, I still have a long way to go.

This weekend I am heading down to the Byron Bay Writers Festival for some much needed R&R. I have taken 7 days in total off work this year, that includes weekends. I was facing burn-out. But Byron is special to me for a much bigger reason.

This time last year I received a text message out of the blue from my then ‘hopefully one-day publisher’ asking if I happened to be going down to Byron on the weekend, and if so, could we meet up. Yes! Out of the blue! I knew that she had been planning to take my manuscript to acquisitions the month before, but since then … nothing.

Nervously I met up with Rebecca, and when she (Hachette) paid for my morning coffee I had an inkling of what might be up. Surrounded by festival goers drinking coffee she made me an offer. I was surprisingly calm, I feel.

Over the course of the weekend, while trying to act normal, I jotted down on the back of my festival program the words “I heard her crying come through the wall”. Thus began my current manuscript, Breadcrumbs and Stones / The Lovers / The Bird in the Blue Cage. In the next two weeks, it’ll be sent off to my wonderful beta readers before I do another draft and send it to my publisher.

But that is only the beginning of my August happenings. Next week, along with other Hachette authors, many of them friends, I am meeting with booksellers — the official start of publicity for TSAOE. Then later in the month there is the Hachette Roadshow. Breathe, Kali.

In other writing news, I have to put in a supplementary thesis prospectus for my uni confirmation as my previous one was too wide in scope and not deep enough in theory, so am rejigging my research question to be more craft-specific and tied to the creative work. This will be a novella set in January 1911 in Cairo. It’s a bit of a mystery. The genre, not the story. (Well kind of, it always is to me until I’ve done the first draft and worked out what the story’s about.)

And … I am making reams of notes for my next novel, set on the south coast of WA in 1924, involving mermaids, a prison farm, apple orchard, and myths of the Selkies and Bluebeard.

Last but not least, I know I’ve promised a cover reveal, but I have to wait until October now to coordinate with publicity. But here’s a little something to whet your appetite.

View all posts by Kali

7 thoughts on “Happening in August” 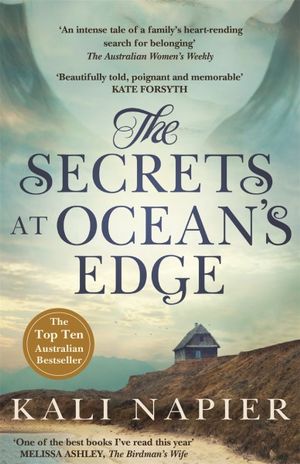 Lovely, lovely chapbooks and novellas arrived today for this badge-wearing supporter of @brainjarpress 🧠🍯📚
Stillness, space, silence. Apart from the screeching
The Australian Shadows Awards online ceremony is tonight 8:30pm AEST, on the AHWA FB page and Twitter @AustHorror. Celebrating dark fiction stories published in 2020.
Yay for book mail!
A little bit of magic in the suburbs 🧚
🤣 I think I should have stayed home to look for answers